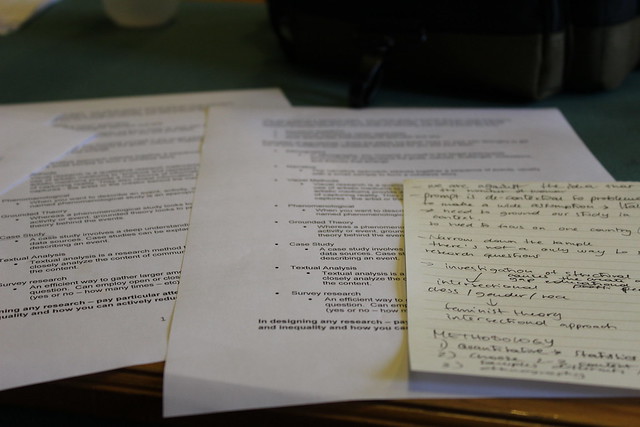 During the summer of 2015 Koen Leurs and Sandra Ponzanesi were selected to organize the KNAW Colloquium and Masterclass on ‘Connected migrants: Encapsulation and cosmopolitanism’ from 14-16 December 2016. This evaluation reports on the event and follow-up.  The colloquium brought experts in the field together to acknowledge how digital practices of migrants revolve around simultaneous processes of boundary making and cosmopolitanisation. It explored the social, cultural and political implications of migrant digital practices as grounded in everyday practice.

The organizers felt the great sense of urgency of the topic was recognized by the speakers, we were able to get confirmations from very notable speakers across the world. The masterclass and colloquium lived up to the high expectations of the organizers, we are left with inspiration, energy and enthusiasm to continue urgent work in this emerging research area. The organizers were extremely pleased with the organizatorial assistance of Martine Wagenaar, she was responsive, kind and extremely helpful although we realize we asked a lot from her prior and during the event. We realize it was an enormous luxury and privilege to have all notable speakers together in one room over the course of 2/3 days. We aim to keep this momentum also into the future, and in this evaluation we also discuss ways in which we hope to do so. First we describe briefly the program, our experiences with the masterclass and the colloquium.

A series of last-minute changes were made to the program, due to cancellations mostly due to illness (the late Prof. Zygmunt Bauman from Leeds University was not able to travel, Prof. Miyase Christensen delivered her speech via Skype, Gavan Titley from Maynooth University could not join us, Prof. Godfried Engbersen from Erasmus University Rotterdam could not join us, Prof. Huub Dijstelbloem from UVA could not join us). We were able to fill these gaps in the colloquium program swiftly by asking participants to speak, and by inviting external speakers. We were happy that the following speakers joined us in the last minute: Joyce Koeman & Anna Berbers (University of Leuven, Belgium); Elisabetta Costa (University of Groningen), Imre Kleinlugtenbelt (Museum Imagine IC, Amsterdam, Annalisa Pelizza (University of Twente, the Netherlands)

The Masterclass, on Wednesday December 14 2016, featured two speakers from the United States and one speaker from the United Kingdom:  Roopika Risam (Salem State University) and Kishonna Gray (MIT) and Farida Vis (University of Sheffield). These Speakers signaled there is great urgency in reflecting on the challenges of digital migration studies, because of the contemporary moment of convergence and intersection between migration and digital networking. What this means is that with every movement in our contemporary digitally mediated landscape, digital media users (including migrants) leave digital traces. Every digitally mediated interaction, like posting on social media platforms, playing online games or navigating using smart-phones, is stored in a database, and this data is subject to data-mining operations. This accumulation of digital traces is of great interest for the entertainment industry, marketing, advertising, intelligence and police services, but can it also be a valuable (re)source for critical social inquiry? Only if we understand how to use it and reflect upon the logics of algorithms, quantification and datafication. During the masterclass, participants were invited to engage with methodological toolkits aimed at researching marginalized lives, for knowledge production and advocacy, social justice and activism.
We concerned ourselves with questions including how do researchers’ conceptions and usages of media and new communication technologies transform their objects and perspectives of study? How does new media adoption impact upon traditional qualitative research methods? What are the potential pitfalls, limitations and affordances of data-driven approaches? What ethical challenges emerge? We did so by reflecting on interdisciplinary research methods in the contemporary digitalizing and datafying era, thinking through the idea of postcolonial digital humanities for social justice and explore how to approach social data to offer commentary of contemporary realities – to break away from the slow mould of academic publishing and use alternative outlets to shape public debate and finally to be reflective of norms and ethical guidelines. Kishonna Gray introduced us to interdisciplinary and intersectional methods to center marginalized perspectives. With Roopika Risam we examined how to conduct social justice oriented digital humanities research through the lenses of theory and praxis. Finally, the third masterclass session under guidance of Farida Vis explored rapid approaches to explore complex social phenomena such as the so-called European refugee crisis.

We saw the participation of 28 registered master students, PhD students, early career researchers and interested non academics from the Netherlands, UK, Italy, Germany and elsewhere in Europe. Master class participants welcomed the open, permissive and safe space of the masterclass. In addition, masterclass participants and speakers explicitly mentioned they valued the progressive setup of the day, three women of color where invited as experts to speak in the field of information and communication technology, which is mostly dominated by white western men.

We thematically organized the interdisciplinary colloquim in 6 plenary panels.

Overall, two notions wee set central, the concept of the connected migrant and the conceptual pair of encapsulation and cosmopolitanism. We stand by the manifesto coined by Dana Diminescu  (Télécom ParisTech) of the ‘connected migrant’ and even though cosmopolitanism might be under threat as evident from the Brexit vote, the EU refugee crisis and the election of Donald Trump Miyase Christensen (Stockholm University & Royal Institute of Technology, Sweden) told us via Skype we should never give up on the utopian project, the space for imagination is essential for new visions on hospitality and solidarity. Here we would like to highlight we would like to avoid any binarism and reductionism, or simple solutions about tensions and interconnections. We considered the two as relational processes. Encapsulation is not only brought forward by communities who stick together, and emphasize their ethnic, religious or other communal identities but also by the increased digital surveillance of fortress Europe, which creates division between who belong and who do not.  In the second panel we heard Saskia Witteborn (Chinese University of Hong Kong, Hong Kong) Nishant Shah (ArtEZ University, the Netherlands / Leuphana University, Germany) and Radhika Gajjala (Bowling Green State University, United States) teasing out further  media and migration from the perspectives of knowledge economies, literacies, & labour. After lunch, in the third panel, Farida Vis (University of Sheffield, United Kingdom) Joyce Koeman & Anna Berbers (University of Leuven, Belgium and Roopika Risam (Salem State University, United States) scrutinized the representation of the  so-called European refugee crisis. The fourth panel revolved around intersectional studies of digital diaspora formations, with situated cases presented by Kishonna Gray (Massachusetts Institute of Technology, United States) who will speak about the Black diaspora in digital gaming environments, Elisabetta Costa (University of Groningen, the Netherlands) on social media among Kurds in Southeast Turkey and Alexander Dhoest (University of Antwerp, Belgium) on LGBTQ uses of digital media in the diaspora. We ended the day with a lovely communal dinner at the restaurant Flo.

We reconvened on Friday with a panel on Social media use of Syrian refugees in camps and while on the move: Kevin Smets (Vrije Universiteit Brussel / University of Antwerp, Belgium) Karen Fisher & Katja Yefimova (University of Washington, Seattle, United States) speaking about the Za’atari Camp by the Jordanian-Syrian border: and  Koen Leurs and Imre Kleinlugtenbelt (Utrecht University/Museum Imagine IC) about decision-making of Syrian refugees based on study Syrians currently residing in the Netherlands. The sixth and final panel questioned the working of European borders, surveillance and algorithms. Myria Georgiou (London School of Economics and Political Science, United Kingdom) spoke about the physical and digital makings of humanitarian securitization at the borders, Annalisa Pelizza (University of Twente, the Netherlands) presented about what she terms the vectorial glance and the trans-governmental European information infrastructure for migrant registration and Sanjay Sharma (Brunel University, United Kingdom) highlighted t the conflation of migrants with Islamic terrorism in a broader context of technological anxiety
We had hoped to end with a public lecture by prof Zygmunt Bauman. We are very sad he could not be with us in this conference and early 2017 he sadly passed away. However, his spirit and tireless intellectual endeavor characterized by hope and far reaching vision was well with us during the conference.

So let’s hope that with the increased crises around migration, what Bauman has mentioned as the ‘migration panic’ in his latest book ‘Strangers at Our Door’ (2016) polarization of political parties, resurgent nationalism in its darkest clothes, we can still believe in this ‘being’ and idea of a ‘transgressive civilization’ as Bauman says, a condition that has already internalized its difference. This is a civilization which is allergic to borders, indeed to all fixity and finitude (p. 7). Europe an Unfinished Adventure was published in 2004, what does it remain of the unfulfilled hope and promises of that book in 2016, with ‘Strangers at Our Doors’? We are now facing indeed the ‘moral panic’ and increased level of fear and anxiety, for being together and crowded, with a notion of cosmopolitanism that slips away and leave the space to the populist voices of ‘Strongmen’ a la Donald Trump, or strongwomen a la Marie lePen. And yet we have to learn to live together, cohabitation as we continue to share ‘one planet and one humanity.’ It is a simple but profound message that should shake us from our dominant mixophobia and fatigue for the refugee tragedy after the shock and now routine. Migrations are not new and will not wane any time soon. Migrations have actually made modernity and nations stronger. Even though power and politics are now divided, creating a liquid modernity that creates lots of anxieties, fear and disjunctures, we should always believe in the force of our collectiveness. Digital technologies with their rhizomatic interconnectedness would indeed support this vision where boundaries and borders are constantly transgressed, and yet at the same time reorganized and replicated.